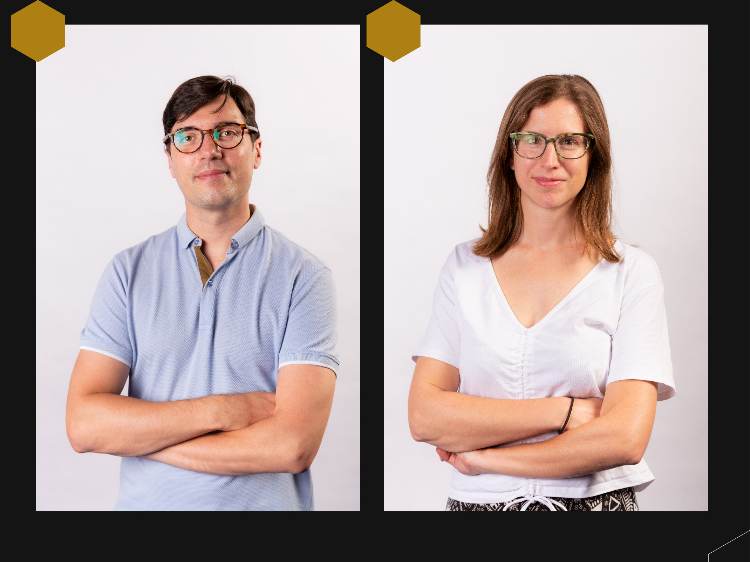 Researchers Marta Galbiati and Javier Segarra-Martí have been awarded grants from the Spanish Government's Ramón y Cajal programme for the promotion and stabilisation of research personnel, both national and foreign, with an outstanding career in Research and Development centres.

Both Galbiati (Bergamo, 1986) and Segarra-Martí are currently carrying out their research at Institute of Molecular Science (ICMol) of University of Valencia with the support of the Junior Leader postdoctoral programme of La Caixa.

Galbiati received his PhD from the University Paris-Sud with a thesis developed at the Unité Mixte de Physique of the Centre National de la Recherche Scientifique (CNRS) and the company Thales under the direction of Frédéric Petroff and Pierre Seneor. Her work was awarded the Springer Thesis international prize. She is currently focusing on 2D materials and spintronics, a field in which she started under the guidance of Eugenio Coronado, professor of Inorganic Chemistry and director of ICMol.

Galbiati has already held an individual Marie Curie grant from the European Commission and, after a postdoctoral stay in France, she returned to ICMol as a researcher in the Juan de la Cierva programme of the Ministry of Science to develop her own line of research, one of the objectives that she will now be able to reinforce with the Ramón y Cajal programme. The Italian researcher graduated in Engineering Physics at the Politecnico di Milano in 2008 and has a master's degree in materials science and nano-objects from the École Polytechnique in Paris.

Segarra-Martí (Massamagrell, 1985) received his PhD from ICMol in 2014 with a thesis supervised by Manuela Merchán and Daniel Roca Sanjuán on the theoretical study of the effect of ultraviolet radiation on DNA bases. In his postdoctoral stage he spent time at the University of Bologna and at the École Normale Superieure de Lyon-CNRS, where he worked on the use of multidimensional spectroscopy to characterise the anchoring of molecules in DNA sequences. The aim was to develop new forms of chemotherapy.

Segarra-Martí also held a Marie Curie fellowship at Imperial College London, where she studied the effect of high-energy radiation on DNA, focusing on the potential role of photostability as one of the criteria followed by natural selection in prebiotic times when deciding the molecules that encode our genetic information. In 2019, Segarra took advantage of the CDEIGENT programme of the Generalitat Valenciana to return to ICMol from London and join the Excited State Quantum Chemistry Group (QCEXVAL) led by Daniel Roca.

The Ramón y Cajal programme grants allow the creation of jobs with the possibility of permanent incorporation into the Spanish Science, Technology and Innovation System, i.e., they are a very important step towards stabilisation in a scientific career. The selection process is carried out by competitive examination on the basis of curricular merits and their ability to lead a line of research. For this reason, several aspects are key: contributions, participation in international activity and leadership capacity.

The grants have an annual amount of 33,720 euros to co-finance the salary and the employer's social security contributions of the contracted researchers. An additional grant of 40,000 euros is included. The programme is funded by the State Research Agency of the Ministry of Science and Innovation and by the European Social Fund 'Invest in your future'.