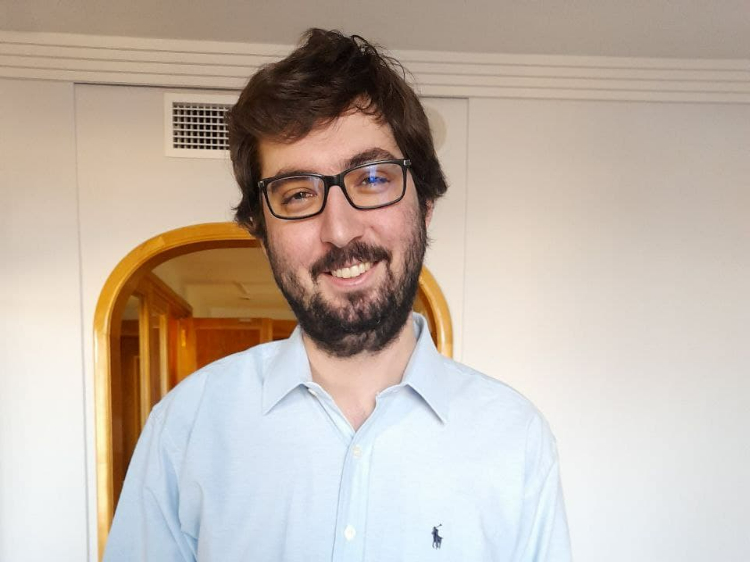 The researcher Víctor Rubio Giménez has been awarded a fellowship of CDIGenT programme of the Generalitat Valenciana's GenT Plan for the return to centres in the Valencian Community of talented researchers who have already gained international experience. Rubio is one of the three scientists from the University of Valencia selected in this programme, in his case in the area of Materials Sciences and Technologies.

The grant will allow Víctor Rubio to rejoin the Institute of Molecular Science (ICMol) of the Universitat de València in 2023 after a stay at KU Leuven in Belgium, where he progressed in research on metal-organic frameworks (MOFs). This is a field of enormous progress in recent years and forms part of the strategic lines of research at ICMol, a centre accredited as a María de Maeztu Unit of Excellence by the Ministry of Science and Innovation.

Víctor Rubio is currently a postdoctoral researcher at the Centre for Membrane Separations, Adsorption, Catalysis and Spectroscopy for Sustainable Solutions (cMACS) at KU Leuven (Belgium), where he has obtained two consecutive Research Foundation - Flanders (FWO) fellowships. His work focuses on the preparation of vapour-phase MOFs for electronic devices in Professor Rob Ameloot's group.

Rubio intends to join the Functional Inorganic Materials (Funimat) group led by researcher Carlos Martí-Gastaldo, who has received two grants from the European Research Council (ERC), one in the Starting modality (1.5 million euros) and another Consolidator (2 million). Martí-Gastaldo is also the coordinator of the molecular biomaterials design line at ICMol together with researcher Mónica Giménez-Marqués.

This doctoral work, entitled "Ultrathin films of layered coordination polymers: charge transport and spin crossover at the nanoscale", was directed by Carlos Martí Gastaldo and Eugenio Coronado, professor at the University of Valencia and director of ICMol. The research generated 10 articles in high-impact journals and also received the extraordinary PhD award from the University of Valencia.

Metal Organic Frameworks (MOF) are a family of porous materials -crystalline and flexible- whose multiple potentialities are revolutionising industry in a wide range of fields. They are materials of enormous versatility, flexibility and chemical stability, which allows them to be designed with specific sizes and chemical functions that increase and diversify their properties.

The high-quality nanofilms obtained were used to study the electronic and magnetic properties of these metal-organic materials at the nanoscale, including the origins of the different electronic sensitivity to various gases and the spin transition phenomenon.