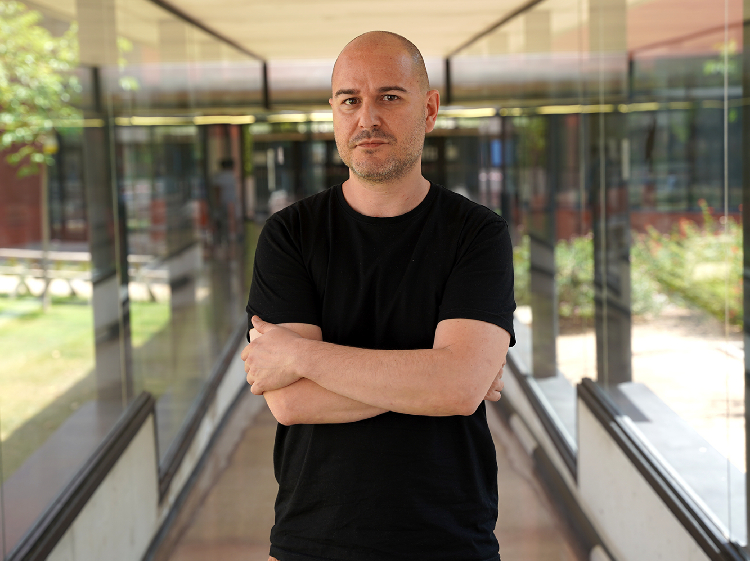 Michele Sessolo, a researcher at the Institute of Molecular Science (ICMol) of the University of Valencia, has joined the Generalitat Valenciana's Gent-T Plan for the promotion of scientific talent through the SEJIGENT modality, specifically aimed at researchers with postdoctoral experience of between 5 and 12 years and with their own R&D project to be deployed over the next four years.

To obtain the SEJIGENT, Michele Sessolo has presented a research project on new materials and device architectures for optoelectronics, an area of electronics based on the conversion of photons to electrons (light to electrical current) and vice versa. Specifically, the aim of the project is to advance the field of thin-film solar cells and photodetectors, in which the incident light causes an electric current to flow through an external electronic circuit. They can be used for power generation but also as sensors in environmental monitoring and in the biomedical sector.

Michele Sessolo (Padua, 1981) is currently a researcher in the Ramón y Cajal programme of the Spanish Ministry of Science and Innovation at ICMol. He graduated with a BSc and MSc in Chemistry from the University of Padua (Italy). He then moved to the University of Valencia, where he completed the master's degree in Nanoscience and Nanotechnology coordinated by the director of ICMol and UV Full Professor, Eugenio Coronado. At UV, he obtained his PhD with a thesis on OLED devices supervised by Coronado and Professor Henk Bolink.

As a postdoctoral researcher, Sessolo has been a beneficiary of the European Commission's Marie Curie programme at the Bioelectronics Department of the Ecole des Mines de Saint-Etienne (France). There, he worked on the application of conductive polymers to electrophysiology and bioelectronics. He is currently developing innovative perovskite optoelectronic devices as part of the Molecular Optoelectronic Devices Team (MOED) led by Henk Bolink.

"The field of photodetectors is new at ICMol and what we are looking for is to use sublimation techniques to design multilayer devices with different and new functionalities, such as very high quantum efficiency, high gain, as well as colour selectivity," explains the researcher.

The area of optoelectronics, both in research and in the market, is a growing field worldwide due to its many fronts of application. They are certainly essential in many security systems, but they also extend to all aspects of our daily lives, including lighting, power generation, communication systems, environmental monitoring or health.

SEJIGENT grants are highly competitive and are awarded by thematic area - in this case, to materials sciences - and include an amount of 320,000 euros for the duration of the project.