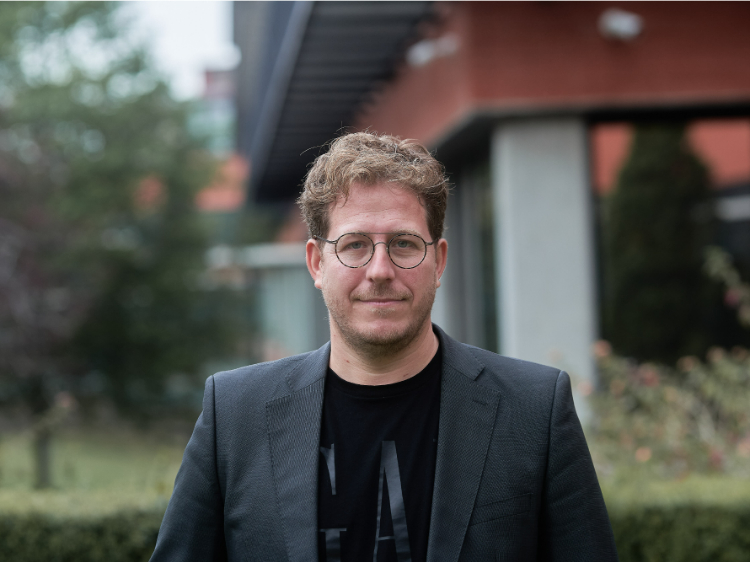 Guillermo Mínguez Espallargas, researcher at the Institute of Molecular Science (ICMol) and senior lecturer at the University of Valencia, has been awarded the National Research Prize for Young People by the Spanish Ministry of Science in Chemical Science and Technology, according to a resolution that recognises "the originality, potential and impact of his contributions to the synthesis of compounds with novel physical properties and functionalities".

The National Research Awards are Spain's most important recognition in the field of scientific research, although until now they have only been awarded in the senior category. Mínguez is therefore the first Spanish researcher under the age of 40 to be distinguished in the discipline of chemical science and technology.

In 2008 he joined ICMol, where he trained in molecular magnetism with Professor Eugenio Coronado, professor of Inorganic Chemistry at the UV and director of the centre. There he started a new line of research combining his previous experience in crystalline engineering and the knowledge acquired in magnetism to develop magnetic coordination polymers with dynamic behaviour.

He currently leads, as a guarantor researcher, the strategic line Metal-Organic Frameworks (MOF) of the María de Maeztu Excellence Units programme awarded to ICMol by the Ministry of Science in recognition of the scientific results of the institute, located in the Science Park of the University of Valencia. ICMol has been a María de Maeztu Unit of Excellence since 2015 and renewed this accreditation in 2019.

The work of Guillermo Mínguez's group focuses both on the development of molecular materials that form porous networks and on the synthesis of new two-dimensional materials analogous to graphene. He has obtained European funding, through a grant from the European Research Council (the prestigious ERC Consolidator Grant), but also leads or participates in national, regional or company projects.

The National Research Award in the young category will make its debut in Spain in 2022 with several awards named after women. In this case of chemistry, they remember the researcher María Teresa Toral, one of the pioneers of chemistry in Spain and part of the group led by Professor Enrique Moles, whose name also sponsors these awards.