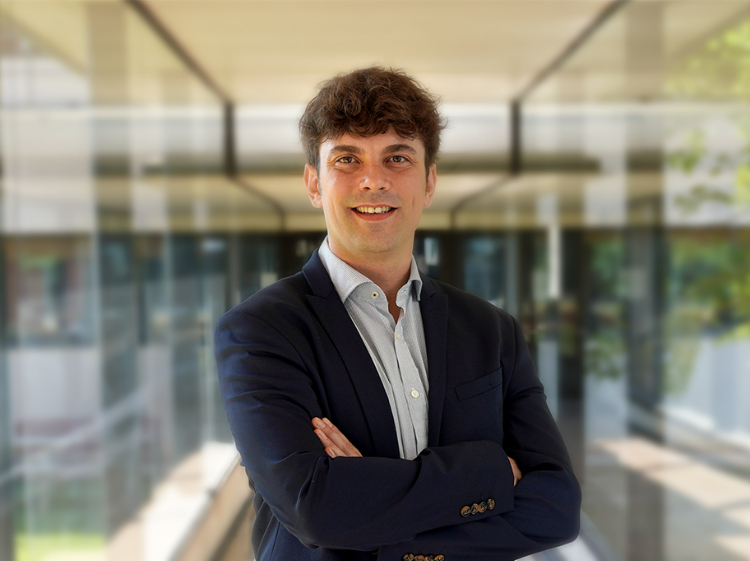 The researcher Abraham Mendoza Valderrey has joined the Institute of Molecular Science of the University of Valencia (ICMol) through the Cidegent programme of the Generalitat with a four-year research project on Sustainable Organic Chemistry that aims to be integrated and within the strategic lines of the centre.

The plan Cidegent, which has allowed Mendoza to return from Sweden, is the instrument with which the Valencian Government attracts researchers with solid international experience for R&D&I projects in centres in the Valencian Community.

Mendoza (Gijón, 1982) comes from the Department of Organic Chemistry at the University of Stockholm (Sweden), where for the last nine years he has led a group of ten researchers supported by the Knut & Alice Wallenberg Foundation -the largest philanthropic institution supporting science in Sweden-, the Swedish Research Council and the European Research Council (ERC) through its Starting Grant programme.

Mendoza defines himself as an organic chemist interested in new synthesis methods, a field of almost infinite applications. In his opinion, "we must never forget that organic synthesis is the key to explore new molecular technologies”.

Mendoza believes that "assembling" molecules efficiently "offers an endless playground for research and guarantees a challenging experience for the students involved".

His current group at ICMol, the Sustainable Organic Chemistry Group, will focus on developing simplified methods "to access important and functional molecules in significant quantities in a cheaper and more efficient way".

"You could say that we develop new reactions that allow for fundamentally more sustainable synthetic routes, and so far we have focused on applications that are very different from those being researched at ICMol" says Mendoza. "We are synthetic organic chemists, in short, but our main interest is to solve the chemical problem of how to generate molecular complexity particularly quickly and rapidly" he explains.

Through the ERC Starting Grant, Mendoza has developed the Single C (Automated Catalysis and Single-Carbon Insertio) project, which has developed useful reactions for pharmaceutical applications that offer alternatives to the chemical tools used in industry in recent decades. The project started in 2017 and will run until mid-2023.

Now, with the Cidegent project, Mendoza and his team intend to "go further" and, in addition to looking at the pharmaceutical industry, they seek to focus their work on some of ICMol's strategic lines, such as 2D molecular materials "My vision is that ICMol can develop an area of organic chemistry that can be central and transversal to many of the groups working at the centre" he says. "We hope to bring back useful technologies for the region and the country to lead sustainable development in the coming years".

Abraham Mendoza graduated from the University of Oviedo in 2004. He then joined Professor José Barluenga's research group at the same university and obtained his PhD with an extraordinary prize working on organometallic chemistry.

As a postdoc, Mendoza joined Professor Baran's laboratories at the Scripps Research Institute (La Jolla, California, USA) in 2010 with a Fulbright grant. There he learned about the total synthesis of natural products using CH functionalisation logic (taxanes) and the development of methods for that purpose. Back in Europe in 2012, he joined the University of Cambridge as a Marie Curie European Fellow. There he worked under the supervision of Professor Matthew Gaunt on bioorthogonal chemistry and CH insertion catalysis.

Abraham Mendoza's career as an independent researcher started at the end of 2013 at Stockholm University, where he joined the Department of Organic Chemistry as a Swedish Research Council Junior Research Fellow. He was also a member of the EXSELENT Berzelii Centre on Porous Materials.  Just four years later he was promoted to permanent faculty member with the sponsorship of the Knut&Alice Wallenberg Foundation. His group was devoted to the search for scalable and automatic synthetic methods involving C-H functionalisation, oxidative coupling and organometallic photochemistry of major groups. Back in Spain, ICMol will be his work centre for the next four years.