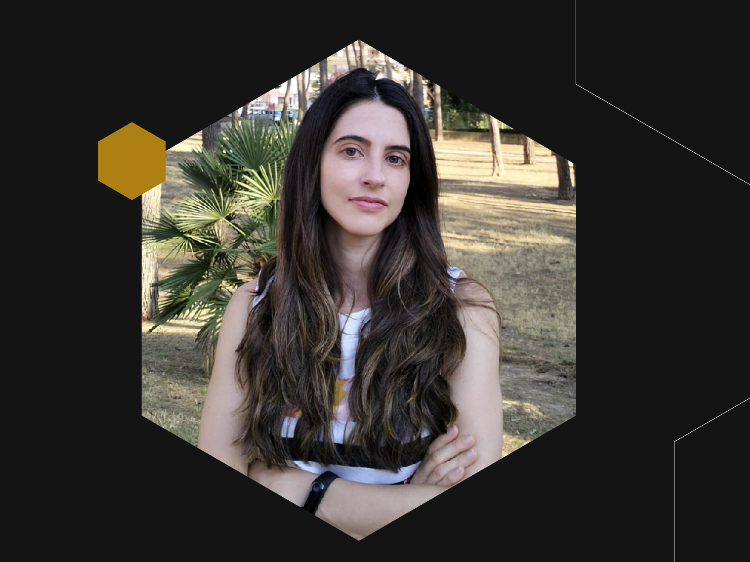 The researcher Rebeca Martínez Haya will soon join the Institute of Molecular Science (ICmol)of the University of Valencia after having obtained a grant from the Juan de la Cierva programme to attract talent through contracts for young researchers that favour their professional career and reinforce the teams they will join for a period of 3 years.

The Juan de la Cierva programme will allow her to develop her research project on the characterisation of nanomaterials with photochemical and photophysical activity. Martínez will develop her work under the supervision of Gonzalo Abellán, distinguished researcher of the GenT Plan of the Generalitat Valenciana and leader of the 2D-Chem project. This project is part of the large Research Team on Molecular Materials led by Eugenio Coronado, Full Professor of Inorganic Chemistry at the University of Valencia and director of ICMol.

Rebeca Martínez Haya studied Chemical Engineering at the Universitat Politècnica de València and, after completing her Master's degree in Experimental and Industrial Organic Chemistry, she began her PhD at the Institute of Chemical Technology (UPV-CSIC) under the supervision of professors Miguel Ángel Miranda and María Luisa Marín.

Her thesis focused on the mechanistic study of photocatalytic processes based on photoinduced electron transfer using time-resolved techniques. During this stage she made two stays, one as an engineering student of the Erasmus programme for her Final Project at the Department of Macromolecular Physics of the Karlova University (Czech Republic) and another as a pre-doctoral student with Professor König at the Faculty of Chemistry and Pharmacy of the University of Regensburg (Germany), under the framework of the German DAAD programme.

In 2017 Rebeca was one of two predoctoral students selected for the "Ford - Sponsor Science" contracts. In 2018 she completed her doctoral studies and in the same year she also completed her Master's degree in Teaching for Secondary School Teachers. In 2020 she was awarded "ex aequo" with the prize for the Best Doctoral Thesis in Photochemistry awarded by the Photochemistry Group of the Spanish Royal Society of Chemistry and in 2021 she was awarded the Extraordinary Doctorate Prize of the UPV.

She is currently the beneficiary of a postdoctoral grant funded by the Generalitat Valenciana under the APOSTD programme to develop a collaborative project between the UPV and the Complutense University of Madrid. The Juan de la Cierva grant is awarded on a competitive basis by the Spanish Research Agency of the Ministry of Science. It is endowed with 30,500 euros per year and an additional grant of 6,300 euros to cover expenses related to the execution of research activities.